I met the love of my life using Slowly.

I first started using Slowly in September of 2018. I had gone through an incredibly rough year after the passing of both my grandfather and my art teacher, so in a time of despair and decline of my ability to make artwork (what I wanted to be my career at the time) and a new, interesting pen pal app showing up on my app store recommended list, I was ready to end a long period of isolation – to meet new people, share my ideas and interests, and to make a new friends – and start fresh for the coming year.

It didn’t take long for me to auto-match with a couple of like-minded people, but they were far busier than me and I found we agreed almost too often, so our conversations didn’t last too long. It was then I decided to try finding someone manually; someone who might have different interests or maybe less in common with me, and I am thankful that I did. I came across a profile with a simple name: Alxndr., with a most peculiar description that I couldn’t quite decipher. It was a code at the time, I knew, and right off the bat my interest was piqued – and even more so when I saw what we had in common. Almost everything was the same, with a few topics here and there that I shared a mild interest in. I was ecstatic to have found him when I did, as I had almost given up my search after running out of auto-matches. So I, in the middle of the night in the soft light of a nearby lamp, jumped at the chance to send him a message. It was just a simple hello, as all first messages tend to be, paying regards to our many shared interests – and I will never forget his response! I was so surprised. He hadn’t responded how I expected he might; he did not start with our interests, but instead had asked a question in reference to my old description. “Why do you consider yourself ‘not normal’?” he’d asked. “What does ‘normal’ mean to you?”

At first I wasn’t sure how to answer the question. I’d always considered myself abnormal, weird, kind of a social pariah having been homeschooled for most of my life. I hadn’t actually thought about why I felt that way before, and it took me until the next day to come up with an answer. He’d actually made me THINK when I’d only expected idle conversation, and it was at that moment I knew we would be very good friends. Anyone interested in what I had to say, and interested in challenging those ideas, was a perfect candidate for friendship in my book.

From then on he and I would send full letters to each other, to and from America and Italy, with a 24 hour wait between us (12 hours there and 12 hours back). The letters themselves seemed to grow with each response, the two of us asking more and more questions as we continued to explain our thoughts, feelings, and ideas. Everything was on the table; nothing was off-limits. Philosophy, art, music, psychology, mundane life, the sharing of traditional recipes and the differences in American and European culture – anything that sparked our minds we had a discussion about, and we kept in contact as much as we could in spite of his busy college schedule and the long wait between each letter. We hadn’t told each other at the time how excited we were to hear back from and respond to each other!

About a month had passed of Alex and me getting to know each other when disaster struck. My life had changed very suddenly – I had broken the wrist of my dominant hand, and at the same time my family was still struggling through a period of stress. It became very hard for me to respond to anyone on Slowly, so regrettably, one day, I sent my favorite pen pal a short message stating my hardships, and that I would be away for some time to recover. He, of course, understood, and left me with words of encouragement before I went completely silent. I wanted more than anything to keep talking to him, to ignore all of the anxiety I felt and take comfort in his friendship… But it was all too much to handle.

I had been gone for a little over a week when I received another message from Alxndr … He was the only person who’d kept responding to me at that point, so when I saw the Slowly logo come up on my notification bar, I knew exactly who it was. Without a moment’s hesitation I opened the app, and within a few short minutes, I was in tears. All of my guilt for not being able to keep up with my new friend was washed away in an instant.

“Em,” he wrote, “sorry if I am sending you another letter, but I would like to help you… In the best way I can, through music.” … “I don’t know, I just wanted to share this with you considering you’re having a hard time. I just felt the need to do it.”
He just felt the need to do it, all of the sudden, out of the blue. For me, a perfect stranger who he knew so much, and so little about.

I felt my heart skip a beat. Yet again in that week I had fallen into loneliness and despair, not knowing what to do with myself; and yet again Alex was there to help me out of it, on his own volition. He sent me a number of beautiful ambient tracks that I’d fallen asleep to that night – music I’d never heard of but now so appreciate its existence. I never expected such great kindness from a stranger so far away… He didn’t know why, but I did. He cared, and he cared a lot.

I thanked him just before falling asleep that night, and over the next 24 hours waited for a response that I was not disappointed by. In his next letter Alex told me to keep looking forward no matter what, to take my time in feeling better, to think positively, to pursue what makes me happy… And that he would always be there to listen to me without judgment. I’d never felt so inclined to trust a stranger, but looking back now, we were never really “strangers”. In such a short time we’d come to know so much about each other – our likes and dislikes, opinions, thoughts, feelings about the world. Alex had even remarked once that I was so similar to him that he, jokingly, couldn’t tell the difference! I told him I agreed and had always genuinely enjoyed his company.
It didn’t take me long to start feeling better.

Shortly after this event we began photo-sharing, showing each other our amateur photography and artworks, and ourselves too, eventually. However, by that time, I was ready to take the next step I saw our friendship headed to. We never forgot about Slowly, nor completely stopped using it at first (we still have the app, and often re-read our letters with each other), but we did move our conversations over to texting where it finally became apparent to us that we liked each other very much. After our first video chat together we were entirely hooked; we talked every single day for as long as we could, disregarding long nights and early mornings as we continued to have those long discussions and reminiscing over Slowly.

Just a few, short weeks after the switch we decided to make our relationship official. We have now been together for five months, and my love will be coming to see me in person for the first time very soon. The two of us couldn’t be any happier! Being in a long-distance relationship has been tough, but we have made it work to the best of our ability, and I am beyond excited to see this amazing person I have met on Slowly who has turned out to be both my best friend and my greatest source of happiness and inspiration. The way he makes me feel is nearly indescribable. He has been such a wonderful, positive influence in my life, and I will always be amazed at how I was able to find someone who I am so compatible with. I owe everything we are to Slowly. If neither of us had found this app and tried it out, we never would have found each other, let alone even known either of us existed. I can’t find the words to describe how grateful I am that Slowly came into both our lives at such an important time.

My life would have been much, much different without Slowly. I want to thank you, every single person behind the development of Slowly, for giving me the opportunity to find someone so incredibly special and dear to me in a safe, fun, and interesting environment. I genuinely hope more people are able to experience Slowly and all of the amazing people and features it has to offer. In this day and age, where people are so disconnected, it’s vital to have human interaction in some capacity. We all lead such busy lives, but Slowly has made finding great friends, and even love, possible for all kinds of people, no matter how busy or distant. I find that idea enlightening and powerful; a force for a lot of good for a lot of people.

Thank you once again for turning my life completely upside-down in the best way! I’ll always be thankful to the people behind Slowly for everything I have experienced thus far, and will experience in my life moving forward.

I’ve included a sketch I drew of Alex recently. He has encouraged me so much to keep practicing my artwork! 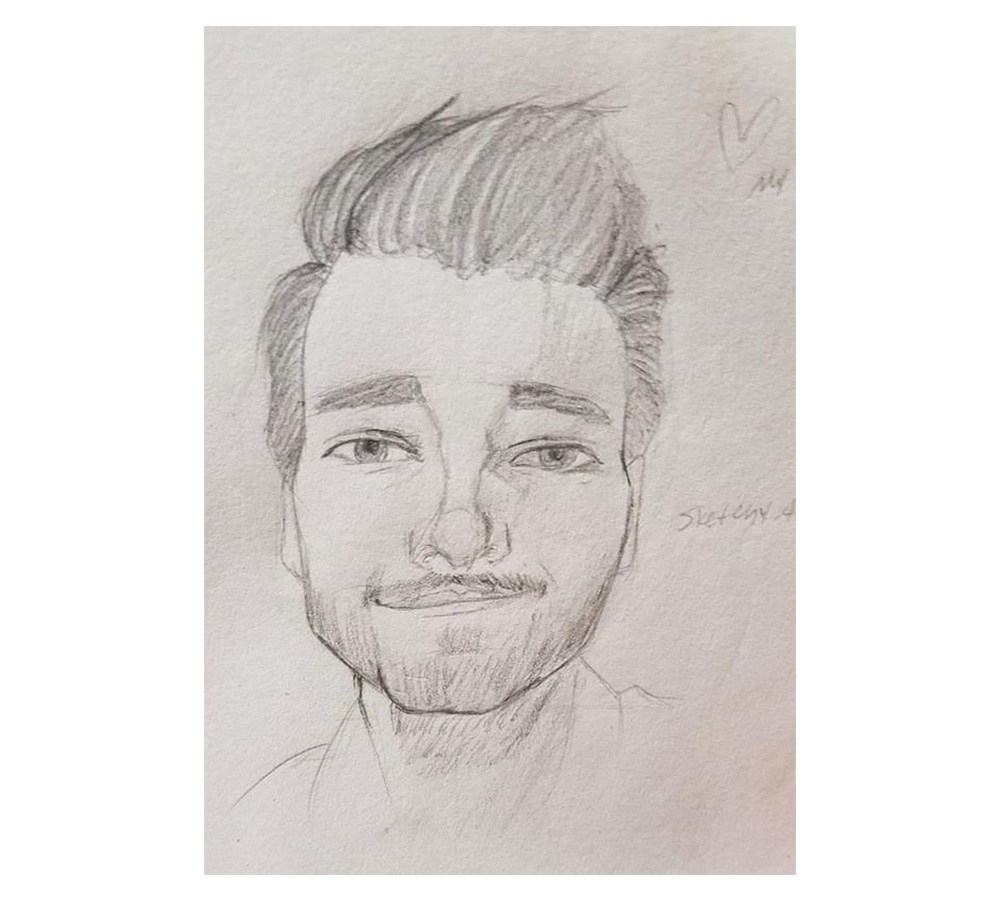 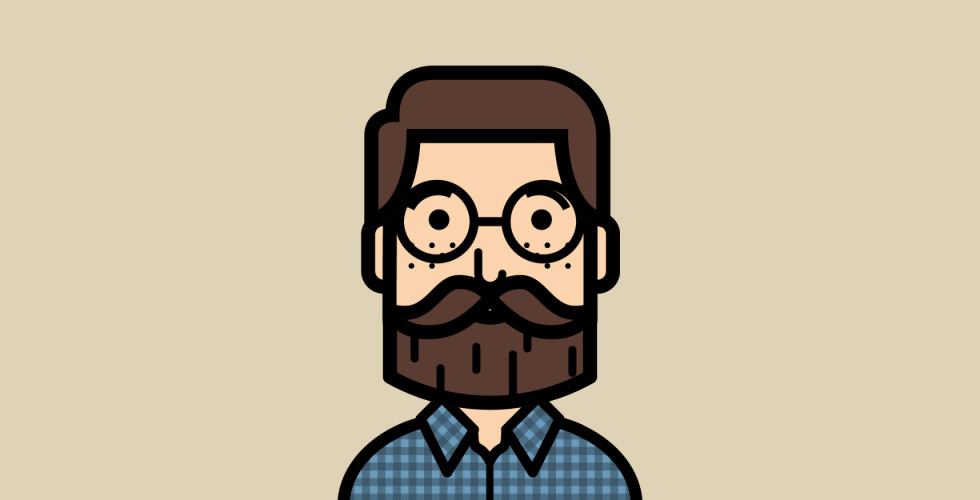 We are currently 56 Slowly letters in and counting, and I have the feeling we won’t stop any time soon...